The north and a goodbye to the Highlands

I am writing this on the evening of Thursday, Aug 18 but the mobile network seems to be down - I don't get a DNS response... 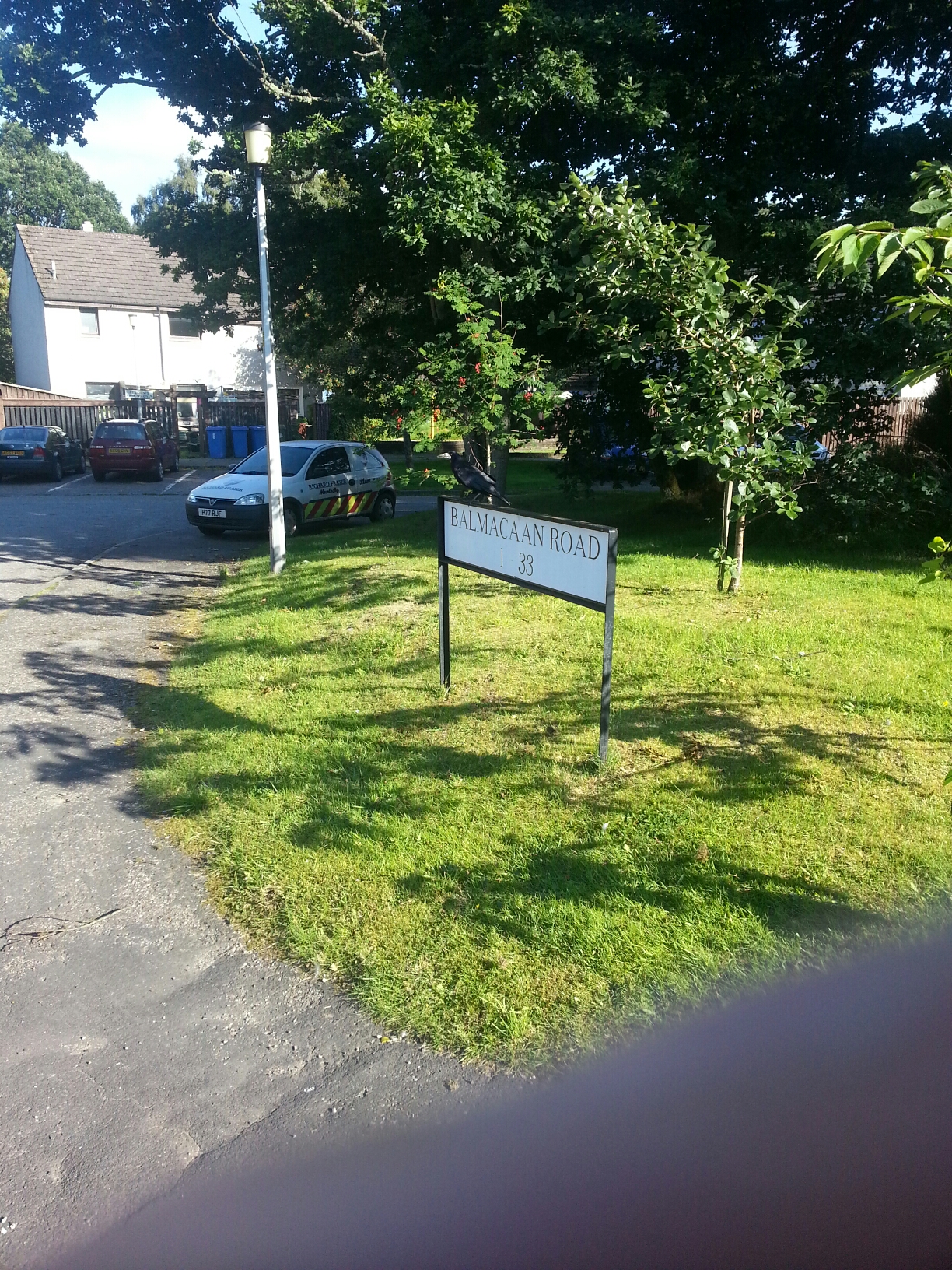 You know nothing, Jon Snow!

Yesterday took me to the northern Highlands. To fully comprehend the road layout in Scotland I will quote the great Neil Gaiman from the interview in the bonus material on American Gods:

[...] I get fascinated by the difference between England and America whereby places in England are all about time - the time it takes you to get there. And getting to places which would be five minutes away in America would take three or four hours sometimes. Not to mention Scotland, which gets positively fractal. You have these infinitely wiggly roads. Fractally wiggly roads.

This is absolutely true. Roads in Scotland are wiggly in all three dimensions. Not only are the curvy but they also go up and down all the time, clinging to the ragged landscape.

The road system in the UK is divided into motorways (very rare in Scotland), and then the A, B and C roads. A single digit A road could be a dual carriageway but is mostly your standard dual lane single carriageway. Triple digit A roads and B roads can be dual lane roads if you are lucky. If not, you get single lane roads with regular passing places.

And then there are the C roads. Those can be just about anything. In my case when going north I pushed my luck and took the C1034 Strathmore Hope Road: 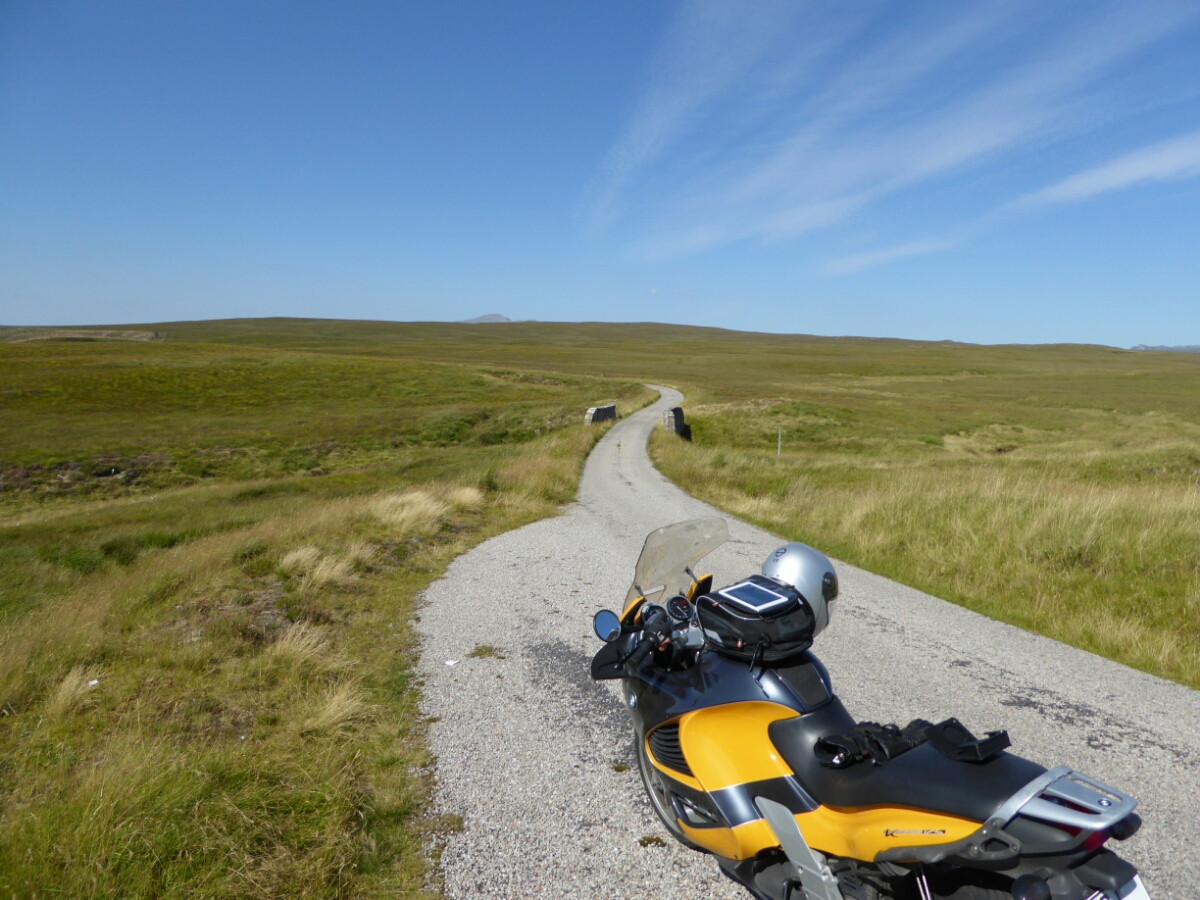 This picture was taken on an early, good part of the approx. 40 km road: Good road surface throughout, excellent view ahead, and there is a passing place. This should change to blind corners, no passing places for sometimes a kilometre and a road surface that is only useable in the tyre tracks... What an adventure! (It took a bit more than an hour)

Of course at some point I came back to a single track A road which offered a stunning view of the sea (this being the western coast of north Scotland): 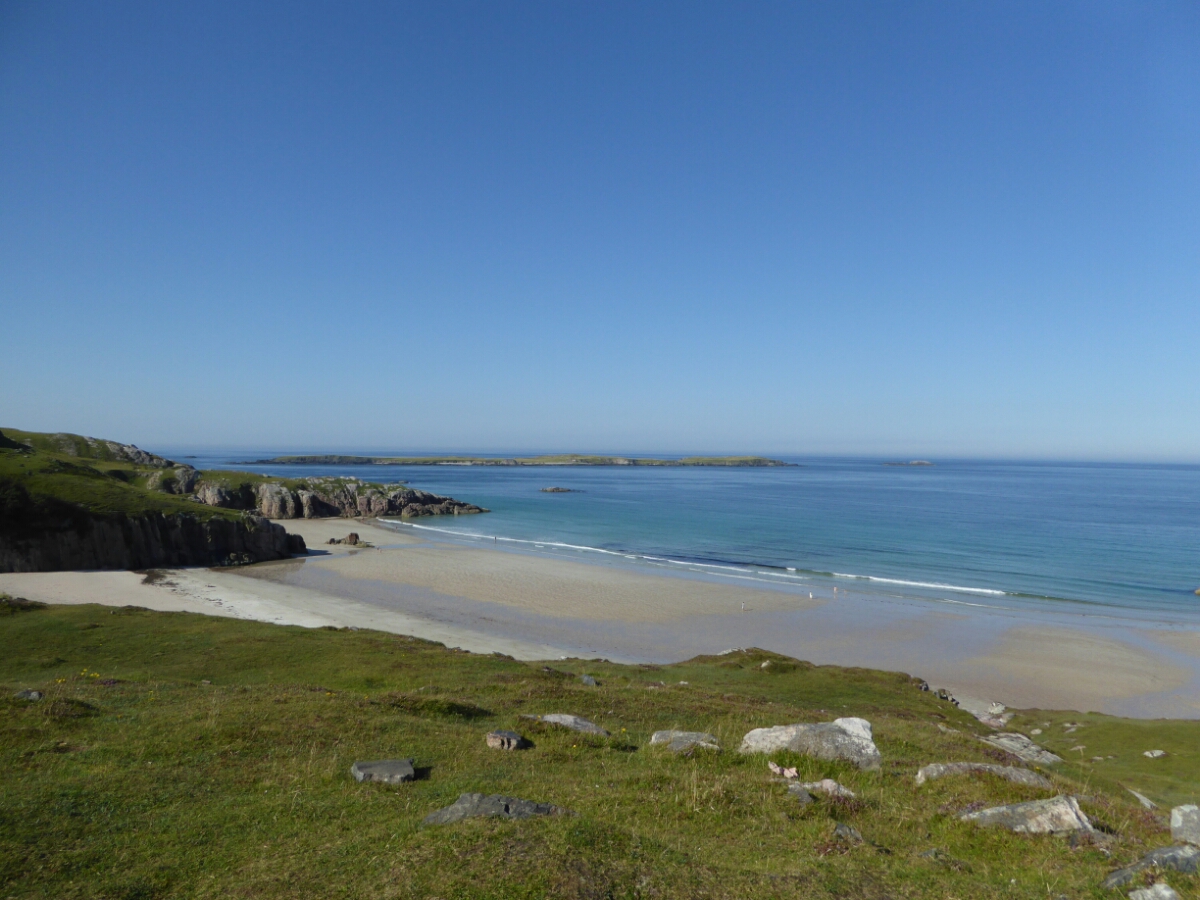 The national park I passed on my way back was also quite nice: 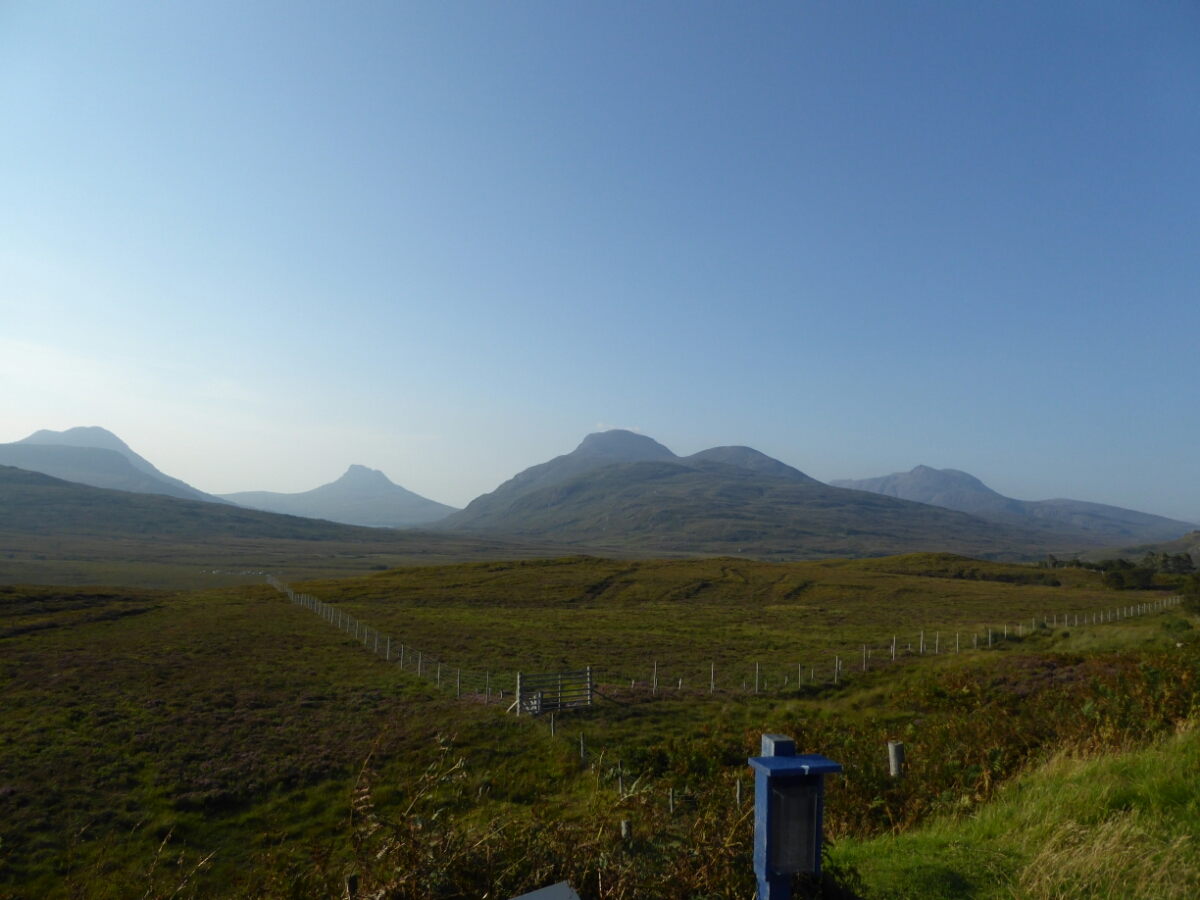 Since I was asked about the strange speed limits: the UK still uses the imperial system. Speed limits are:

This was it from the Scottish highlands. Tomorrow (Friday Aug 19) I will take a large detour via scenic roads A939 and A82 to Glasgow where I can only check in after 7 p.m. The day after tomorrow I will head to the lake district.